This is a mixed use development which houses a commercial space in the front and a convention centre at the back. The site has various levels and the design focuses on making the most of the terrains to offer a unique and memorable experience to the users. There are also serenading views around the site which the design tries to frame and capture. Apart from a design that is sensitive to it’s topographical context, it also aims to cater to the spirit of celebration that is prevalent in the region. A lavish entrance marked by a striking colonnade welcomes one and instantly gives a feeling of grandeur and extravagance. The mushroom like columns are a feature that is hard to miss and invariably becomes an aesthetic feature as much as it supports the large semi open space structurally. The circulation and spatial planning is also done in such a manner that both utilities are independent of each other and allow both units to function independently. 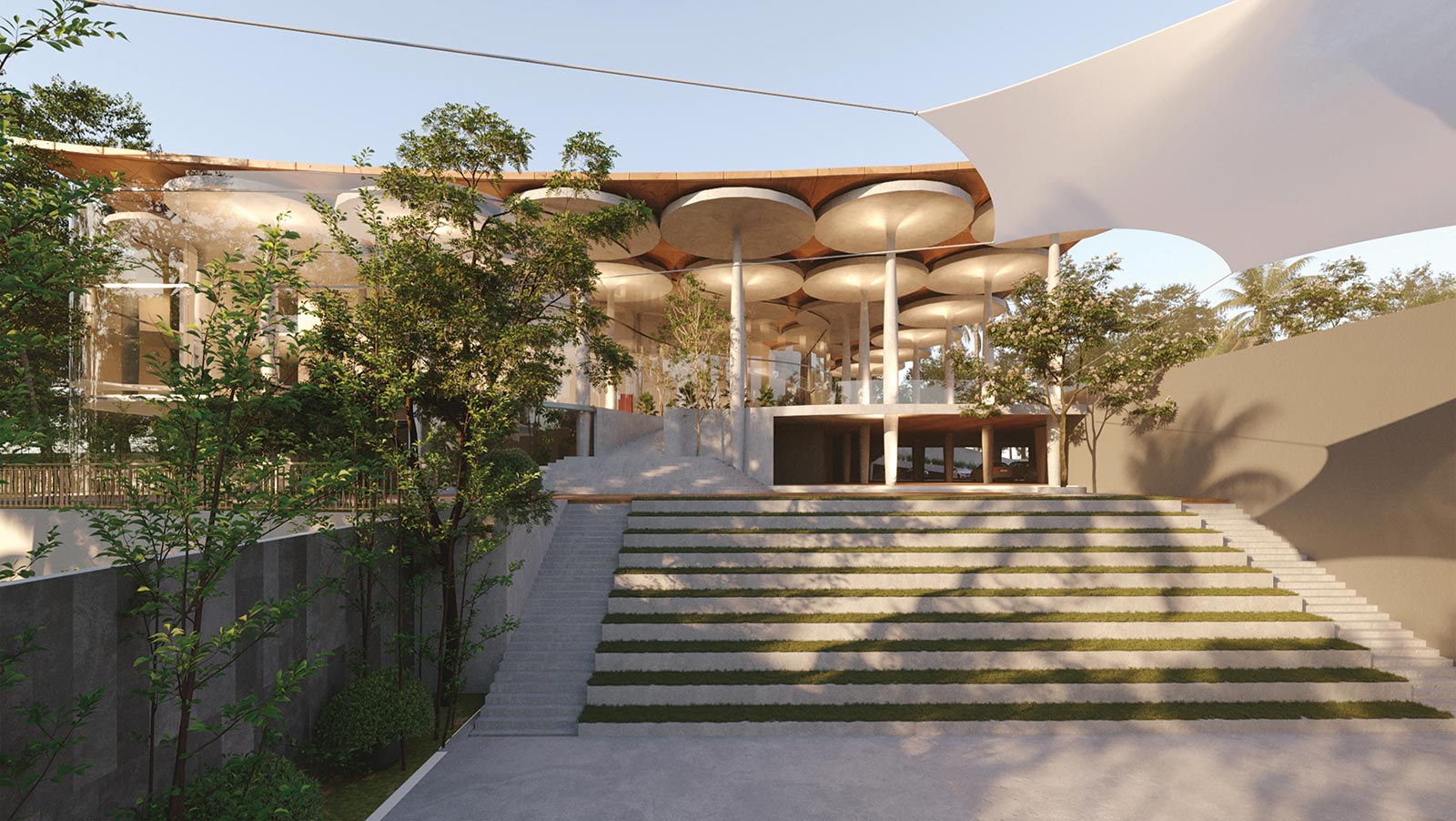 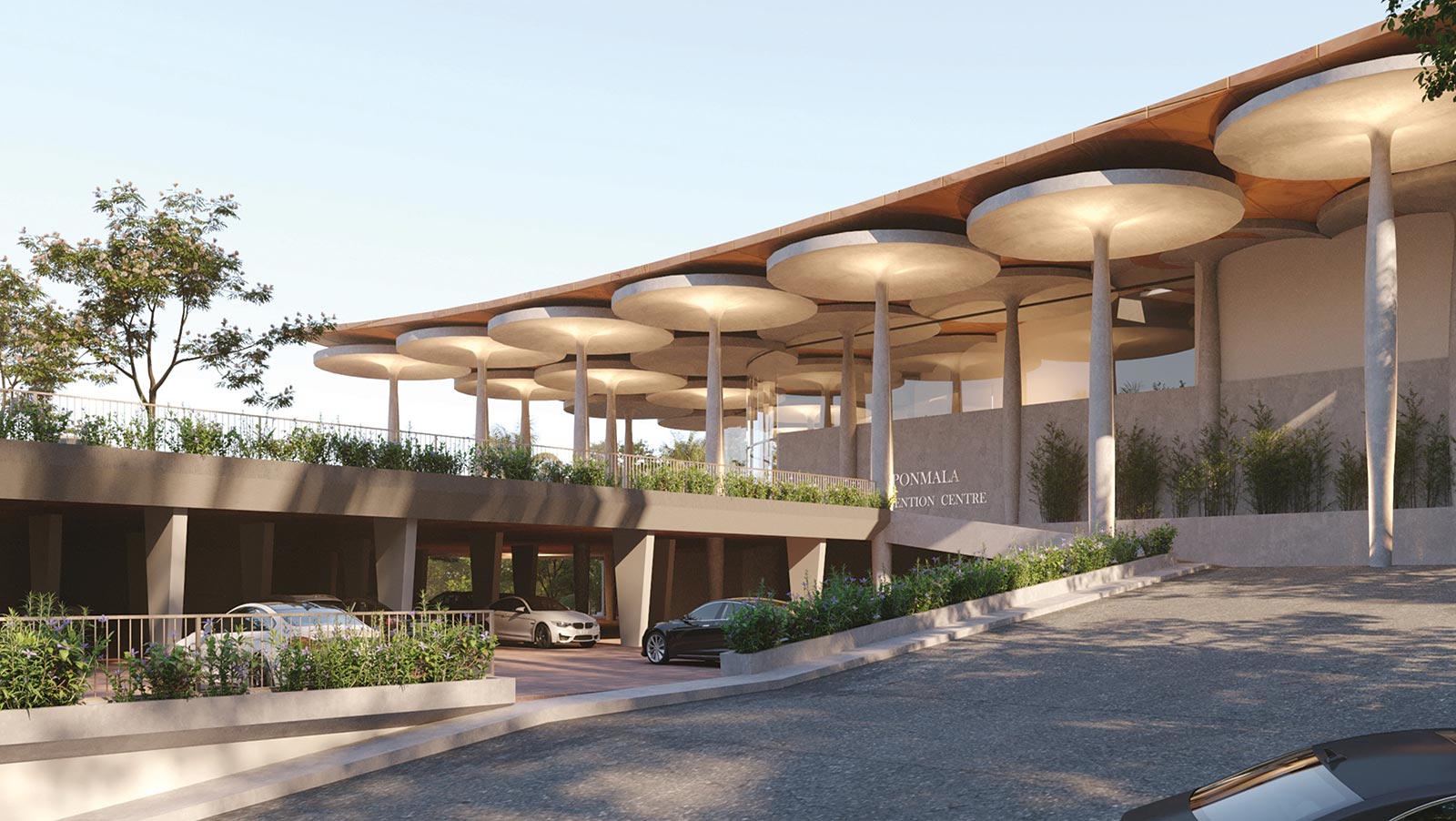 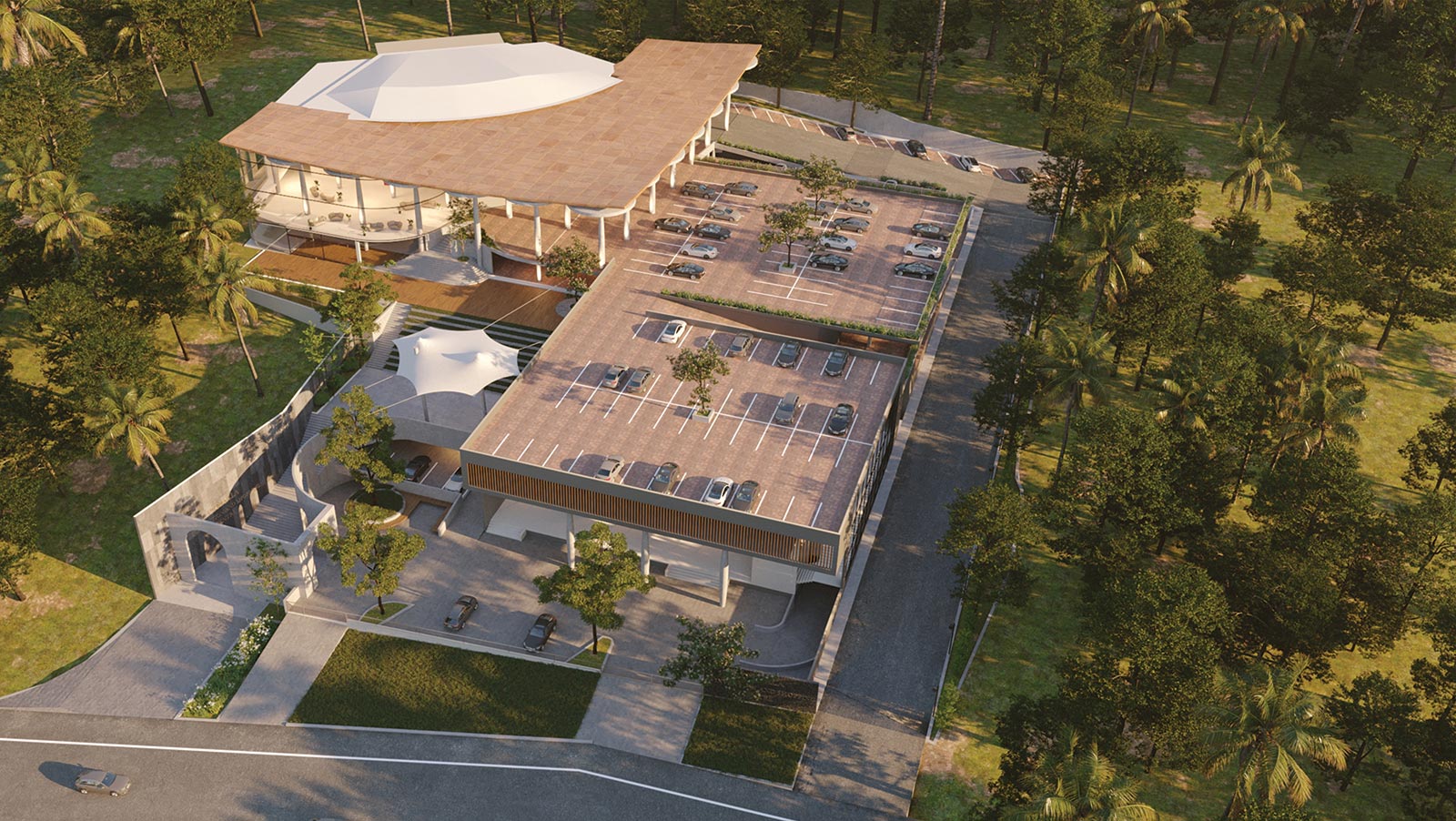 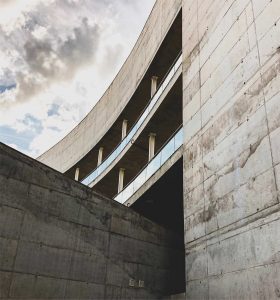